It’s no secret that finding the right job enhances a person’s wellbeing and can change their life for the better.

Disability employment service provider, The Personnel Group sets out to do just this.

A not-for-profit organisation, The Personnel Group is committed to helping people who have a disability, injury or a mental health condition find jobs.

Bradley West-Newman from Batemans Bay is one such person and you may recognise his smiling face from local seafood cafe and bar, JJ’s at the Marina. 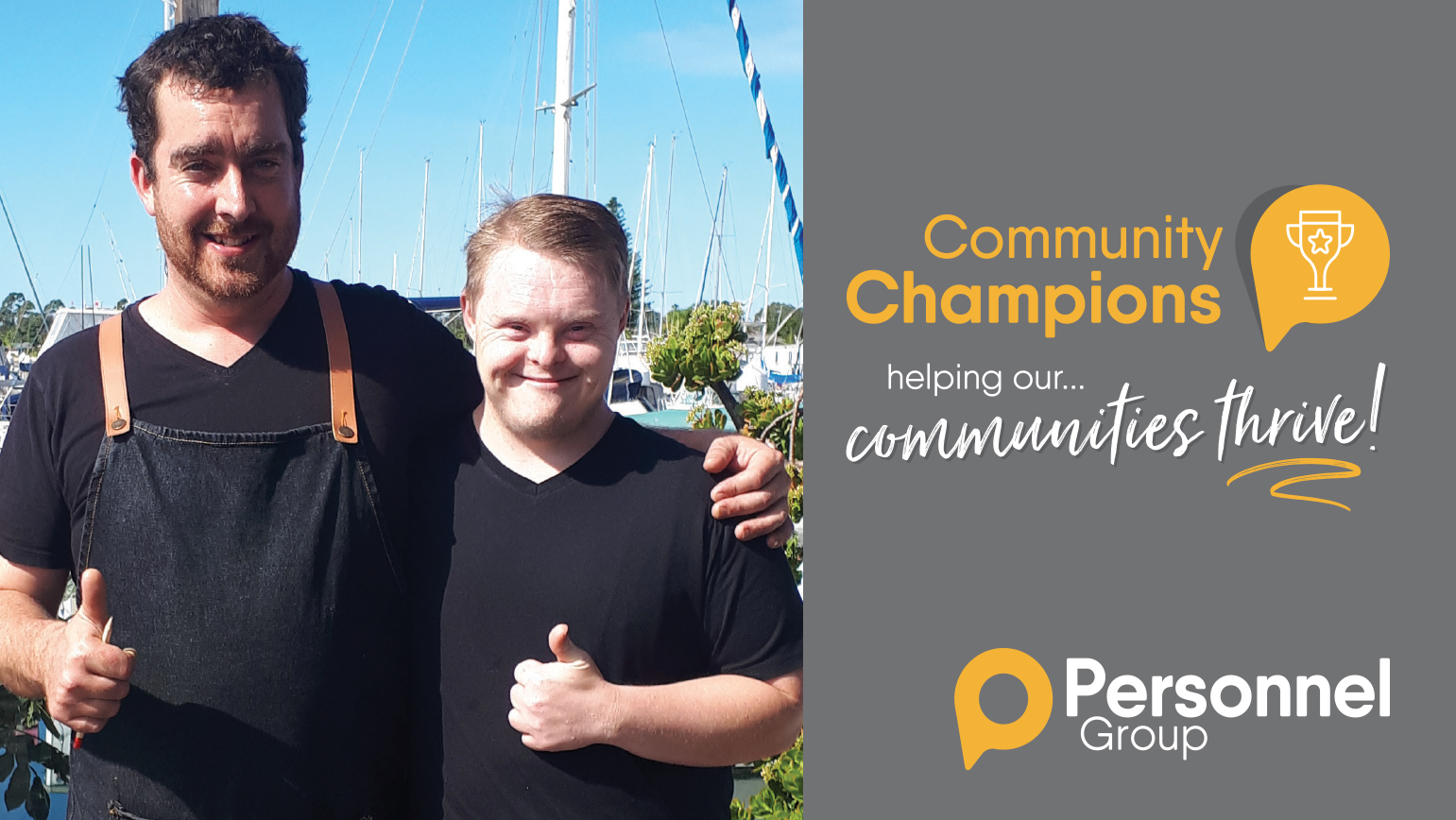 With the assistance of The Personnel Group’s employment consultant, Isobel Clarke, Bradley was able to successfully find new employment.

The 27-year-old has been working at the establishment three days a week since late last year.

Mum Kim West-Newman said Bradley had actually found employment twice with The Personnel Group – once when he lived in Wodonga, and the second time after he moved to Batemans Bay with his family.

“We were in JJ’s having lunch one day, and we got chatting to Jacob, who offered him a role,” Kim said.

“The Personnel Group was instrumental. Out of all the service providers, they are the absolute best. They don’t rush to just put a client in any job – they will place the right client into the right job.”

Kim spoke with consultant Isobel about the conversation they’d had with Jacob and it became official.

JJ’s owner Jacob Crooke said Bradley was a valued member of the team.

“He became a part of the team very quickly,” Jacob said. “He is treated the same as any other staff member, and he’s paid the same rate.”

Bradley has been a positive influence and example to other staff, Jacob said.

“Bradley has been able to show other staff members how to stay focused on a job and not get distracted,” he said.

“He’s very meticulous and he doesn’t stop the whole time he’s there.

“He’ll be with us forever if he wants to be.”

In his front of house role, Bradley is responsible for greeting customers, taking them to their table, describing specials, serving food and drink, and washing dishes.

“I like the people at our cafe, they are really nice people and my boss Jacob is a good man,” Bradley said.

The Personnel Group opened its branch in Batemans Bay around 12 months ago.

“Since opening in Batemans Bay, approximately 40 jobseekers with a disability or mental health condition, have been able to access our one-on-one employment search support,” The Personnel Group’s CEO, Tracey Fraser said.

“Our model of support is individualised and focuses on the career goals and aspirations of every jobseeker.

“Our decision to provide services to Batemans Bay is underpinned by 30 years of experience delivering these services in other regions across Victoria and NSW.”